A submarine crew appeared to have crashed their vessel straight through the streets near the Duomo from Milan.

Actually it was Europ Assistance Italia insurance company together with the Milanese design studio M&C Saatchi who made a magnificent and clever marketing campaign. At the beginning of the event, there were police, ambulances and fire fighters dispatched to the scene, fencing the crash site and taking care of the confused sailors. A crowd gathered in the area to take photos of the the strange event. A hash tag on the side of the submarine, #L1F3, allowed observers to refer to the submarine, and soon, all of Twitter was full of #L1F3 tweets talking about the submarine in Milan. 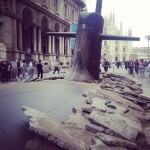 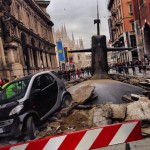 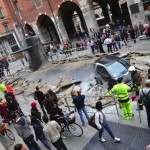 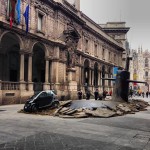 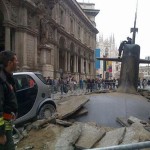 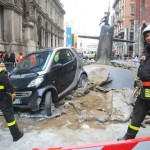 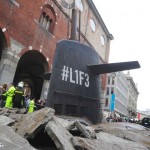 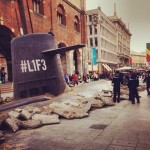 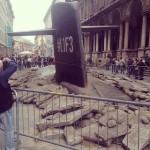